Welcome! We use cookies to give you the best possible experience. For marketing support we keep anonymized statistics of our website traffic. Pressing “OK” we assume that you are happy with it.
Read more
XCOUNTER

UK-based X-ray solution specialist XCounter (part of the Direct Conversion group) has partnered with software vendor Formpipe and its customer communication management software Lasernet. XCounter were particularly impressed with Lasernet’s unrivalled integration with Dynamics AX. The installation was completed in just two weeks and has empowered XCounter to digitalise its communication with customers, import data with ease and precision and quickly and simply create and disseminate professional business documents, across all common formats. 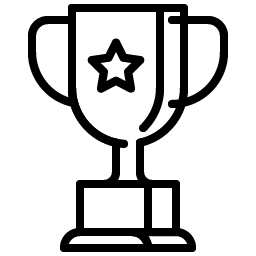 With the help of Lasernet, XCounter now meet key short-term objectives in relation to the creation of professionally branded documents, which better reflect the company’s brand. 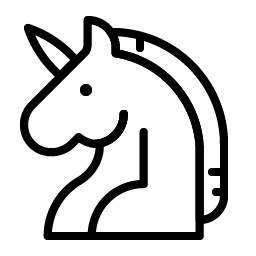 Due to the user-friendly nature of the software, XCounter personnel were quickly up-to-speed and ready to start using and benefiting from Lasernet’s features and benefits. 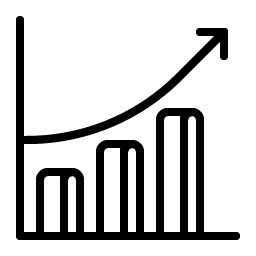 By being able to design and edit documents in-house, XCounter has improved internal efficiency tremendously.

Understanding the pains of standard functionality

Although the documents were of a satisfactory standard, XCounter required greater flexibility and autonomy when it came to design and template modification. The company wanted to produce more creative designs and empower users to independently modify documents as, due to the complexity of the software, document development could only be carried out by a professional AX developer. This proved to be time-intensive and carried a significant financial cost. On top of this, the number of different formats available to create the documents in was limited, which restricted users, caused delays and made managing customer communications difficult and unnecessarily time-consuming. Additionally, it was felt that the professionalism and brand perception of the business was at risk of being weakened due to the inability to create customer-facing documents that were consistent, properly aligned and formatted.

A year after the AX implementation, XCounter made the decision to undergo a significant rebranding process, which was the catalyst for the X-ray specialist to review its customer communication management processes. Roland Neal, Operations Director at XCounter, explains:

“The rebrand meant that all documents had to be reviewed and amended, which was a daunting task. We reviewed documents produced by AX and the implications of cost and time that it took to produce these. It was immediately clear to us that the current software wasn’t meeting our needs and that we needed to search for an alternative system, which could significantly enhance the professional image of our documents and allow them to be designed in house.”

“Lasernet’s great reputation was clear to us from the start, as our AX delivery partner initially recommended the software to us. Taking the advice from a trusted source, we contacted Formpipe directly and after an initial conversation we met up with the Lasernet team for a demonstration and review of our specific requirements. We learnt of Lasernet’s proven 20-year track record for delivering unrivalled integration with all major ERP applications and were presented with evidence of how Lasernet interacts with Microsoft Dynamics AX, with a focus on how it would solve our issues. Following further discussions and deliberations over a couple of weeks, the team agreed that we should move forward with the project. Five weeks later we received an order and work began.”

Lasernet’s connector for Dynamics AX has unrivalled integration with Microsoft’s ERP system, partly thanks to Lasernet’s membership of Microsoft’s Technology Adoption Program (TAP), which enables Formpipe to preview Microsoft developments prior to mainstream release. Following the Lasernet implementation, XCounter has met key short-term objectives in relation to the creation of professionally branded documents, with ease, speed and precision, which better reflect the company’s brand.

Post-implementation, XCounter now has the ability to design and edit documents in-house. The latter has improved internal efficiency; no longer does the business have to wait for a skilled developer to be available and pay a fee for his or her time; now 2-3 staff are developing customer-facing documents independently, whenever the need arises, with a further 25 members of staff using the Lasernet solution for document creation.

Training was provided to all users by the Lasernet team on how to exploit the software’s sophisticated yet simple to use functionality. Due to the user-friendly nature of the software, XCounter personnel were quickly up-to-speed and ready to start using and benefiting from Lasernet’s features and benefits.

On top of delivering the core short term objectives, the Lasernet implementation has in fact provided XCounter with long term benefits over and above the brief. Roland Neal adds:

“Despite the significant investment made in Lasernet, long-term, the software will pay for itself. To be able to achieve what we have done with Lasernet would have required us to purchase a new entity to support the current AX environment – totalling a further investment of another €10,000- €15,000. Even with this investment, we are confident that the end result wouldn’t have resulted in such a high-quality solution, as provided by Lasernet. In addition, due to the re-brand that we were undergoing, we would have had to spend an extra €5,000 to change the existing documents, however, this was avoided completely due to Lasernet.”

Sales and Marketing Director at Formpipe, Mike Rogers, expands: “XCounter is a fantastic company and we are proud of the work that we have done in a very short space of time. A re-brand is a major project for such a well-established company and needs to be communicated to customers in an efficient, consistent and time-effective way, and both parties have agreed that this has been achieved with help from Lasernet. XCounter has a global presence, dealing in a number of sectors, so to have been selected as the company’s Dynamics AX partner is a testament to our software’s proven reputation for supporting customer communications management best practice for organisations regardless of size or scale.”