SKIDATA has revealed it has slashed the time it takes to change documentation by implementing Lasernet software from Formpipe. The international company is based in Austria and specialises in access and revenue management solutions for areas such as airports, shopping centres, ski regions and leisure facilities. SKIDATA gave Lasernet an access-all-areas pass to improve the way its output generators affected change to everything from invoices to postage labels, and its output is now up to 75% faster down the slopes to success.

SKIDATA has increased its efficiency by spending up to 75% less time on output management. 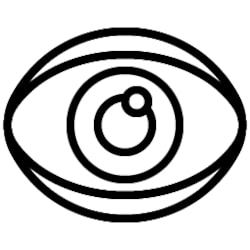 Smart WYSIWYG functionality, and the users can implement even quite complex changes themselves. 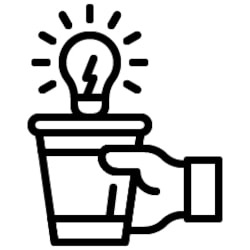 Lasernets flexibility has made SKIDATA able to share the immediate workload and resources to reduce pressure, which has benefited the whole company.

Easy-peasy? Or maybe not...

Before Lasernet, SKIDATA relied on two developers to execute any and all design or formatting changes to documentation in its AX environment. This proved problematic, however, as a high volume of requests caused a bottleneck to form, and potential profits to disappear. Having previously seen the potential time savings Lasernet could deliver, but not deemed them business-critical, SKIDATA revisited its decision and concluded that Lasernet was worth the investment, as IT support manager at SKIDATA, Alexander Ebinger, states:

“Before starting with AX2012 we expected to be using the existing Microsoft tools for creating and designing reports and other documents. We believed the AX reports were sufficient and would be able to cover all our requirements quickly and efficiently.”

“We changed our mind a few months later when subsidiaries had created around 30 change requests for updates and changes to our existing SSRS reports. Things like additional fields in the invoice document, changes of header data within the packing slip and so on. Users couldn’t make changes using the standard editor so we had to rely on two developers to try to fulfil the requests as quickly as possible. But with even simple changes taking at least half a day, resulting in large XML files and needing the servers to be restarted every time, it took three months to clear the backlog.”

“After finalising the existing requests we agreed we had to find an alternative, more effective, solution and spoke to SYCOR and returned to Lasernet. We knew it could be deployed across our AX environment and had seen and liked the WYSIWYG functionality when we looked at it. When we found that users could implement even quite complex changes themselves, without the need to wait for the developers, it made the decision very easy.”

There are now 100 SKIDATA users working with the new system, with this number doubling or even tripling in coming months as the Company deploys existing reports to its subsidiaries throughout the rest of 2016. Since implementing Lasernet, SKIDATA says it is benefiting from spending up to 75% less time on output management, with simple things like shipping label amendments being deployed in under two hours with a near 100% accuracy rate. This has made a substantial impact on the business, as Alexander confirms:

“We now have the ability to share the immediate workload and resources of ERP consultants and key users to reduce pressure, with the vast amount of document distribution channels offered and supported by Lasernet making it very flexible to our requirements. Everyone has gained from the implementation, from senior management focused on operational efficiency, to the users that want something that makes their daily task list simpler.”